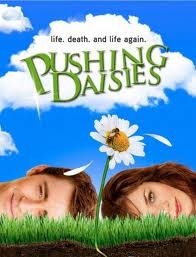 Looking back on a delightful stay in Phoenix, the San Francisco Giants recovered nicely from a freak pitching performance to send the Diamondbacks plummeting into third place.

The sun also rises upon occasion in San Francisco. The lovable Kirk Gibson left D-backs fans in puzzlement over not bringing in a lefthander to face their nemesis, Brandon Belt. It cost them big time. Now that the D-backs are skinned, it’s time to derail the Trolley Dodgers.

The Giants face a big test in Clayton Kershaw, but who doesn't. With today’s relative lack of privacy, one can speculated that Mr K will be trying to win one for the dear departed. It would seem that every player must have some kind of win-one-for (insert loved one in heaven here), story. With all of the stat-happiness in baseball, some morbid seamhead should compile a record of player performances after the loss of a loved one.

It will be tough for the G-men to overcome the Dodgers’ most potent weapon against them. Luckily, they only must face Kershaw every now and then. Giants fans hope that Zito’s funky philosophy can overcome Kershaw’s 'win one for the lost one' motivation.

While it is probably in bad tasteto discuss the relative relevance of such losses, it will nonetheless undoubtedly be discussed by the commentators on both sides of the microphone. So, with apologies to the thin-skinned masses -- who, statistically speaking, fail to attend their own relative masses --  that this unrepentant pundit protrudes such prognosis into the baseball dialog.

But let’s be frank. I’ll see you one deceased relative and raise you one (rest in peace) Say Hey Kid’s spouse. Such things shouldn’t be a part of the conversation of Play Ball! But with bereavement leave and honors for players and their families that have passed on oft mentioned in ballparks and media booths, it is wished by this profoundly partial Snarkilist that the home of the Grateful Dead will triumph always, no matter who may happen to kick the proverbial bucket.

‘Nuff said? No, not quite yet.

Ask not for whom the ding dongs. Simply know that betwixt birth and death, there is baseball.