Giants Diary: 2013 - A Bad Luck Year for Orange and Black 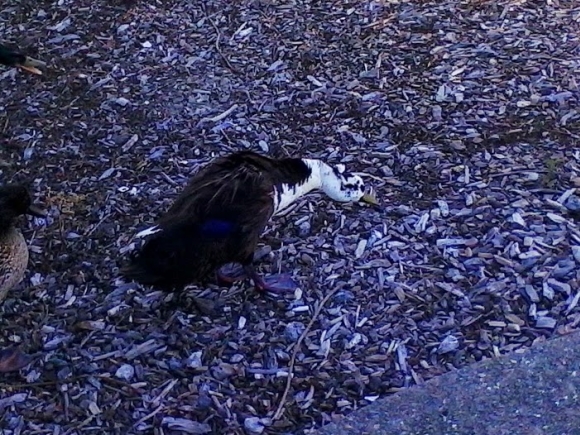 Baseball is frequently a vexing sport. Perhaps that is one of the reasons it's so much fun.

Because many times the numbers just will not add up, there is no sure path to success in this game. Not even with the customary All-American solution of throwing money at problems. Though this year's baseball calendar has yet to be completed, the Yankees and the Dodgers are still good evidence of that fact. An inferior product may still be the result.

Barring a miracle comeback of Giant proportions, San Francisco's 2013 season can be summed up as a Series of Unfortunate Events. To endure being a Giants fan today, one must possess the stamina like unto the guy from the old Colt .45 Malt Liquor beer commercials, wherein a well groomed gentleman was always seated comfortably either with or waiting for his brew while all hell broke loose around him.

So, the recent three-game road winning streak was a refreshing dose of smelling salts for G-fans trying to cope with life in the cellar. For a brief moment, in the parched vales of Giants-dom, ‘twas heard the joyful glee of revelry; 'too little, too late,' cried the March Hare. For the San Francisco hitters in 2013 always seemed to find a way to screw up any chance of obtaining any kind of momentum.

Safely (?) back home at AT&T Park, the Giants tossed another bone to G-fans tired of the being in the doghouse. Thanks to late sloppy play by fellow cellar dwellers the Brewers. It is gratifying to see Tim Lincecum pitching so well in his contract year. With Gaudin and MadBum kicking butt, and Vogelsong back for an encore, pitching doesn’t appear to be the problem for the Giants.

Like this -- and most other years since the Giants parted ways with the rubber chicken purveyor’s dream -- it’s the puny offense. Someday, when the Orange and Black can get all of its ducks in a row, look out!

Oh right, they did that last year. But ducks can be ornery and may not always be so inclined to get in line.

Here in Petaluma, California, through some genetic mutation, there is a new species of duck that lives at Lucchesi Park. That may be precisely what the Giants need. Some type of mutation that sparks their bats like never before. 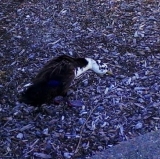 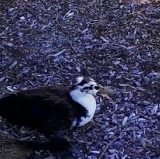 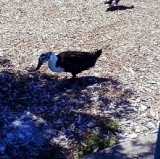 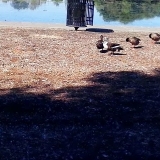