Giants Come Out on Top in Nationals Fister Fight 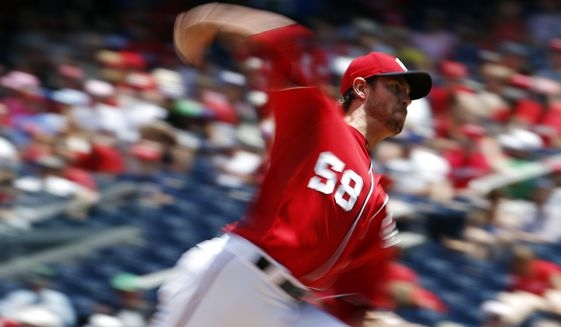 Going into the nation's capitol, the San Francisco Giants were expecting a figurative fist fight with the vainglorious Nationals and their upstart pitching star, Doug Fister.

The ego high resulting from their ten-game winning streak had been detected as far out as the Chinese National Space Station.

Both the iron fist and the record-setting win streak fell with a thud under the marauding wheels of the Orange & Black Machine, fresh off of their own little streak of winning two series in a row on the road. And San Francisco will be on the playoff road again if they can continue with this style of play, which has been so elusive over the last couple months as the Giants struggled to stay in contention after beginning the season on fire.

The Giants came into Washington after a draining series in Chicago's North Side. Luckily for them, they'd sent the advance guard in the person of Tim Hudson. If the Giants were tired, they never showed it.

They pulverized the Nats, 10-3, giving Hudson an impressive 18-5 lifetime record against the former Expos franchise and the Giants a three-game winning streak. The Giants must continue to play with this same renewed vigor if they're to make a respectable bid for the division or wild card berth that is the goal of every self-respecting baseball team, except maybe …

Just imagine if Carlton Fisk was part of the Nationals' starting nine today! Wouldn't it be delicious to hear announcers trying to grapple with a battery of Carlton Fisk and Doug Fister?

By the way, here's a solidarity moment from fans of one former Gotham franchise to another: