Giants Come Alive after Poor Start out of the Gate 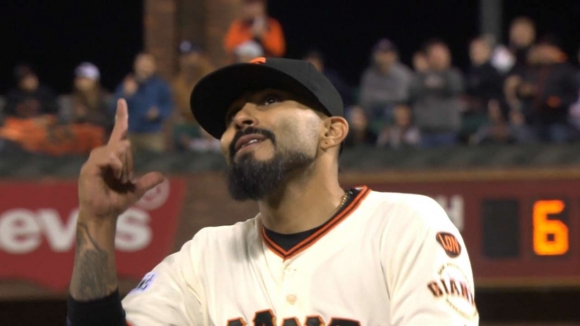 The San Francisco Giants hope they got the injury bug out of the way early.

Dings to key players Hunter Pence and Matt Cain contributed to their beginning the season in last place for most of April.

But after being victorious in five of their last six games the defending World Series champions are now out of the cellar and energetically contending for second place in the NL West.

The Giants rode a nice little hot streak of three shutout games in a row from MadBum, The Freak, and Vogey, all senior members of a pitching staff that G-Fans hope will help to bring lots of May flowers -- in the form of plenteous wins -- after the April showers of losses that they endured.

The Orange & Black were able to extract some small measure of revenge for their 2002 humiliation by sweeping those devilish Angels at home, including one in novel fashion. They then took two-of-three from the resurgent Padres, putting their fans in a festive mood.

However, San Francisco's streak, shutout run, and eight-game home winning skein all simultaneously came to a screeching halt on Wednesday at AT&T Park. An angry San Diego offense -- after having been shut down two days in a row at the hands of stellar Giants pitching -- took out their frustrations in a 5-0 whitewashing of their own.

But the Boys by the Bay are back in it, ready for what looks to be a dogfight division for the rest of the campaign.