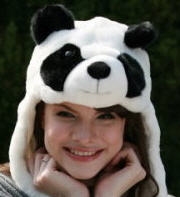 It's good to be a Giants fan nowadays.

From near-worst to near-first is looking mighty good so far. Though after a triumphant Sherman-like three-game series scorching of Atlanta and a terrific extra-inning effort to begin the series in Pittsburgh, the final two games in the Steel City saw the red-hot Orange & Black fade to a soft hue of chartreuse.

The Giants' recent winning streak is now a distant memory, as they visit those overpaid pool huggers down south in Los Angeles in an early battle for division supremacy.

Manager Bruce Bochy is tasked with keeping the Orange & Black near first place for the rest of that long haul. The Rockies and the Dodgers both seem destined to remain in close competition with them until the bitter end of the baseball calendar. Meanwhile, fans are absolutely vilifying the poor old millionaire third-baseman Panda for everything they can think of. He's lost too much weight to maintain his formerly effective swing, he's lazy, washed up and a no-account, etc.

Even the most kind-hearted fans must admit Pablo Sandoval's poor plate performance to date has yet to inspire fear in the Giants' accounting office, where an impressive contract year would greatly lighten their pockets.