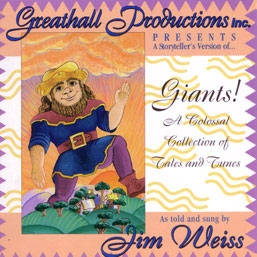 His effectiveness in filling in for the injured Ryan Vogelsong is a gargantuan lift, and just what the doctor ordered for the Giants’ -- until recently -- lackluster starting corps. It is one heartwarming comeback tale replacing yet another feel good comeback story for the reigning World Series Champions, all making Bruce Bochy and that reformed Yankee, Dave Righetti, appear to be the miracle workers that they must surely be.

It was great to see the bats heating up in the desert to show those Snakes what for. The feature now showing will be an interesting twist as ‘tis the Giants that are more of a family than the still unproven-in-the-pinch but menacing nonetheless Pirates.

They must yet be a team full of talented young Bucs to be where they are in the standings. They would appear to be similar to the Nationals but certainly not to the We Are Family school of Pittsburgh.

Teams full of young talent like the Pirates can be more dangerous than proven clubs like the Braves. But they do always seem to cave in around playoff time. The Pirates, like their hard luck AL cousins, the Kansas City Royals, faded in 2012 after similar impressive beginnings.

The Orange and Black come into the Keystone State with some excellent momentum going in their favor from socking it to the Diamondbacks on their home turf. The fact that they accomplished the two-out-of-three drubbing without the benefit of Pagan or the Panda is huge.

Giants fans hope that Marco Scutaro continues his homerun rampage but will be content if he maintains his sterling batting average with his usual Scutarian spunkiness.

With fabulous rookie after fabulous rookies ascending from the minors -- such as Juan Perez -- to make impressive contributions to the Giants' cause, you’ve got to like the team’s chances of  getting and staying on top during this and into future seasons.

Those Giants really know how to pick ‘em!