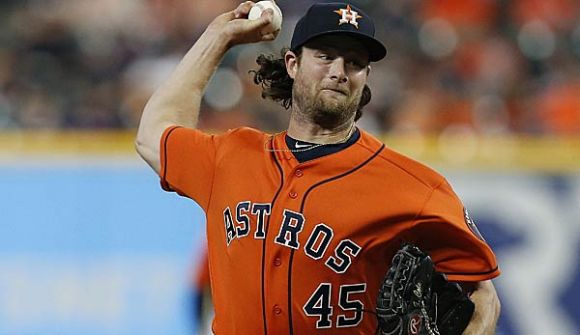 The reigning World Series champion Houston Astros appear to have made a sound business decision by trading for Gerrit Cole in the off-season.

In hindsight, this acquisition really seems unfair, as Cole's been impossibly good to begin the young season.

The former Pittsburgh Pirate is putting up numbers that read like fiction.

Unfortunately for the American League, though, this is all very real.

Cole's allowed a meager 26 hits in his almost 51 innings of work, compiling an impressive 1.42 ERA in the process.

Dude's control has been exceptional as well, with only nine walks surrendered.

Obiously, these numbers are crazy good.

However, it's the strikeout total that really blows up the skirt.

Cole's 77 strikeouts are the most by a pitcher in his first 7 starts with a team in MLB history (previously Chris Sale, 73 in 2017).

His most recent start in Arizona was almost cartoonish, as Cole tossed a one-hit shutout while striking out 16 completely befuddled Diamondbacks.

While the 27-year old may not be able to maintain this ridiculous K pace, the dominance will probably continue in one form or another.

Some may consider the strikeout to be fascist in nature.