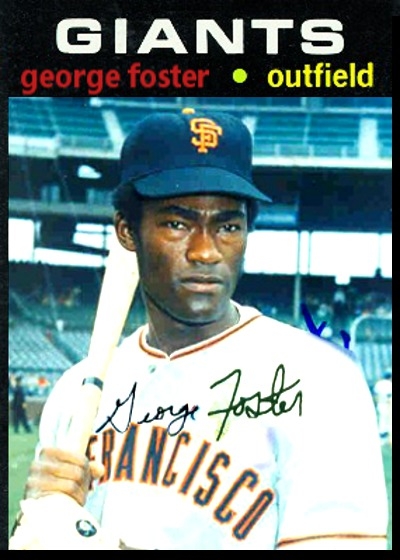 If only the San Francisco Giants teams of the 1970s had someone in their front office with enough vision to retain a promising young right-hand batting left fielder from Tuscaloosa, Alabama by the name of George Foster.

Meanwhile, the Big Red Machine was rather pleased with the deal.

When you compare the career output of George Arthur Foster to that of pitcher Vern Geishert and shortstop Frank Duffy, it's clear that G-Fans got the raw end

of that late-May 1971 transaction, big time.

Granted it took Mr Foster a few seasons to get his act together, but when he did in 1975, he became an essential cog of the Big Red Machine.

Frank Duffy went on to a decent career with the Indians. But he never was much of a threat at the plate.