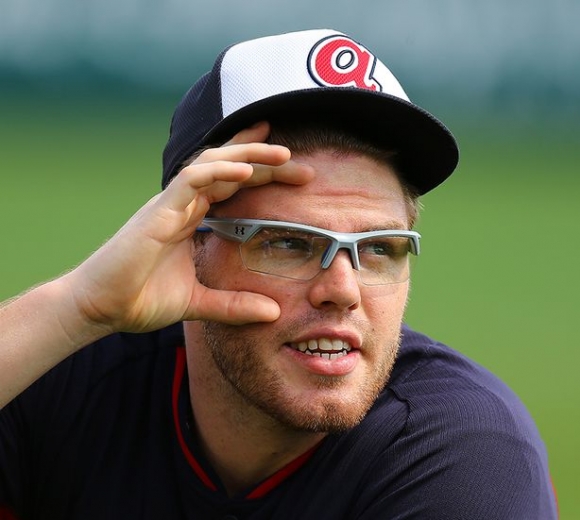 Well, dude, tell us how you really feel.

It appears Freddie Freeman isn't the biggest advocate for Miller Park In Milwaukee.

The Braves' first baseman recently concluded a three game weekend set there, but his Yelp review isn't going to be particularly flattering.

Specifically, Freeman thinks the lighting there is rather poor, even going so far as to compare the 16-year-old edifice to a "bad-lit Little League field."

This really ungrateful house guest went on to compare Miller Park unfavorably to other retractable roof stadiums such as the one in Arizona.

Ironically, Freeman has actually hit rather well in Milwaukee, sporting a .250 average with five career homers.

In fact, on Friday night, Freeman managed to do this:

Yep, that was Freddie hitting a two-run shot to the opposite field to give the Braves a 10-8 win over the Brewers.

In one more bit of irony, there actually is a Little League field located right next to Miller Park in the parking lot.

Perhaps the mean-spirited Freeman could take BP there on his next visit.