Published on 7-May-2014 by Stacey Mickles 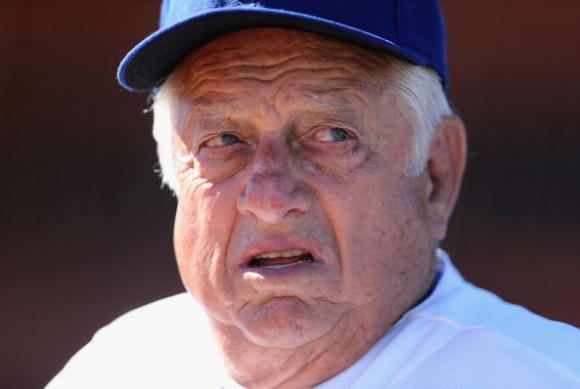 If you think the Donald Sterling story couldn't get any weirder, you'd be wrong.

Apparently his friend of 30 years, Tommy Lasorda -- legendary manager for the Los Angeles Dodgers -- had this to say about Sterling's girlfriend/assistant/silly rabbit V.Stiviano:

I don't know what's more shocking, Lasorda's comments or the fact that his homeboy is Donald Sterling?

I think the latter. I've always liked and respected Tommy Lasorda, but to know he's a friend of this disgusting man makes me now question his character.

Instead of doing the right thing and telling his friend he should apologize for his comments, he not only stood by him, he wished bodily harm would come to another human being. And yes, I realize that human being is now being investigated for extortion against Sterling.

But come on, Tommy! You know better! And if you don't, you should.

Although most of us don't think much of Ms V or her antics, I don't think anyone wishes her dead other than Lasorda and Sterling.

I lost a lot of respect for Tommy Lasorda today, and I've got a feeling many others have, as well. 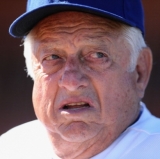 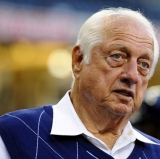