Force Out: Dodgers' Rookie Ordered to Get Starbucks ... or Else

Published on 20-Sep-2014 by Xavier McSpaniel 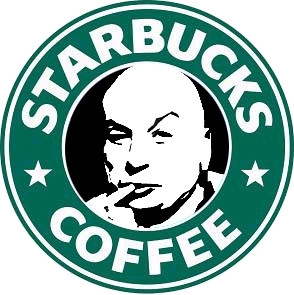 Magic Johnson may have sold his swag of Starbucks -- a miserly 105 stores -- back in 2010, but he's still forcing his baseball team to support the brand.

Prior to a tilt Friday against the Chicago Cubs, Joc Pederson -- one of MLB's best up-and-comers -- was snapped in his Los Angeles Dodgers uniform humping Starbucks fare for his teammates.

Most assumed Pederson was performing his required rookie role in getting the bevvies while in full playing gear. But the prized prospect indicated the directive came straight from the Magic-Man himself.

Furthermore, the part-owner's caffeinated command involved consequences if not carried out properly.

"Magic told me he would have me killed if I returned with anything other than Starbucks," said a cowering Pederson. "He said if I brought back Seattle's Best, he would use my glove to tear off my goolies and then use them for batting practice."

"I made sure I got Starbucks."

The Dodgers sit three games up on the San Francisco Giants in the race for the NL West Division title.