First the A's, Now the Mariners Sweep the 'Stros in Houston 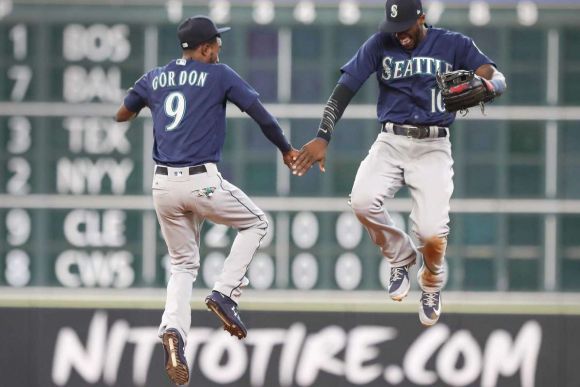 A true perspective doesn't really come into focus until the corner's turned and the straightaway beckons.

Houston's once-cozy lead over the Oakland Athletics and Seattle Mariners has turned the corner, and the straightaway could well end in a photo finish.

The last time Seattle made the playoffs, it was coming off a record-breaking 116-win season. That was in 2001, and they then proceeded to wet the bed, being eliminated by New York in the NLDS.

A look under the hood revealed they got fat off sub-.500 clubs and Nos 3-4-5 starters. Neither appears very often in the post-season, which added to a stigma of shallow achievement and subsequent irrelevance that's hung over the franchise ever since.

Oakland triggered a DefCon 4 alert by sweeping the 'Stros in Houston before the All-Star break. It's notable -- vital, even -- that when Seattle's turn came, they matched the A's:

Meanwhile, Oakland continues to close in on the 'Stros, with dudes like Ramon Laureano and his cannon arm firing on all cylinders:

The AL West is no longer a rout.

It's a bonafide race.