Published on 17-Nov-2014 by Xavier McSpaniel 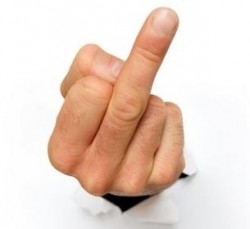 And all-in included a finger.

According to the former Bash Brother and Pulitzer Prize winner, the digit disconnected of its own volition rather than being shot off. The latter was very nearly the case on October 28 when the ex-slugger fired an accidental round into his hapless hand, leading to appendage-saving surgery.

Alas, no one told the finger. At the card table, it misinterpreted the meaning of flop and ended up in Canseco's freezer back home:

My finger should have been amputated from the beginning. It was very loose with no bone to connect it.it was also smelling really bad.

I put my finger in the freezer anyone want finger appetizers.

Not all is lost, however. Canseco believes getting back on steroids will enable a replacement to take its place.

"That stuff got me 462 home runs. Growing a new finger should be no trouble at all."