Fathers & Snakes: Keepin' It Real in the NL West 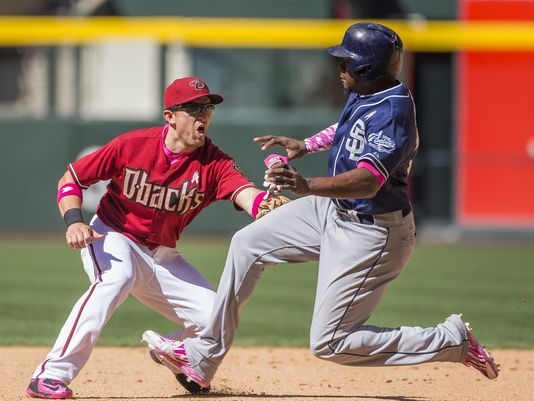 The NL West has spent the past week treading water.

Actually, the Colorado Rockies have already gone down for the third time, but the other four clubs are still in with a shout for October action.

Going into the weekend, the Los Angeles Dodgers and Arizona Diamondbacks managed 6-4 patches, while the San Diego Padres went 5-5 and the San Francisco Giants were 4-6.

With their budget and amassed talent, the Dodgers should be much farther ahead than that. How do Clayton Krenshaw and Zach Greinke put up more zeroes than Zimbabwe's inflation rates and not be pulling away?

The Orange & Black would fare much better in their playoff hunt if they can keep their Killer P's -- Pence, Pagan and Panik -- in the lineup.

Their rotation has the same concern, and GM Brian Sabean can't buy a break. He essentially rents Mike Leake, who loses in his Giants debut and then pulls a hamstring. DL time. Help them, Obi-Wan-KeVogie. You're their latest hope. Again.

But the real fun is coming up on the outside lanes.

Arizona took advantage of a vast soft spot in their schedule, setting sights on a wild card slot after wetting the bed against Miami -- going 1-2 in the series -- and whacking woefuls Milwaukee (3-1) and Seattle (4-0). The Diamondbacks then went into the nation's capital and held their own, thanks to sparkling defensive efforts like these:

They've got serious ground to cover to squeeze into October, but with a homestand commencing tonight against the Reds and Phillies, the opportunity's there.

With San Diego also getting fat off Milwaukee, the rest of the division must be eyeing the Padres with new curiosity.

The Padres began August by taking eight of ten games. That put them in the wild card conversation, but they'll probably need another hot stretch like that to get the job done.

Well, that and a creative roster move or two. 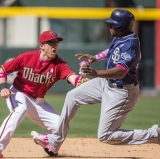 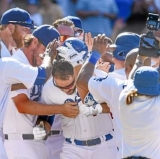