Fantasy Baseball Beat: Down So Long, It Looks Like Up 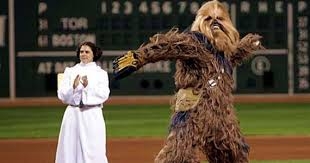 I was sure that, by now, this intrepid reporter would've been describing his triumphant rise in the Yahoo Baseball Fantasy League standings.

So much so, in fact, that I've been delaying my weekly fantasy baseball report in hopes the nightmares that have taken hold of my field of dreams might somehow abate.

And that better news from the diamond wouldst sooneth follow.

But alas, Horatio, my team's fortunes have gone yet further south.

I now have a ten-game lead for being the worst team in the league. And also the delay in delivering Daily Player copy has not been without risk.

Tired of waiting, my editors absolutely threw a fit. They went so far as to threaten to cancel the remaining games on the season tickets to my luxury seating at AT&T Park.

O, the depths to which this sublime roster creation guru hast sunk, whose tactical know-how and baseball savvy have deserted him like a once-loyal free agent!

With the season nearly at the halfway point, I have instigated drastic measures in order to salvage what's left.

I've dumped my personal faves Angel Pagan, Nori Aoki, and Yusmiero Petit. (OK, now you know my evil secret about how to assemble a cellar-dwelling team.)

Instead, I've gone with players like Ken Giles, Colby Rasmus, Jimmy Paredes, Jesse Chavez and Carlos Martinez, all of whom have better numbers. Where's old Ben when you need him?