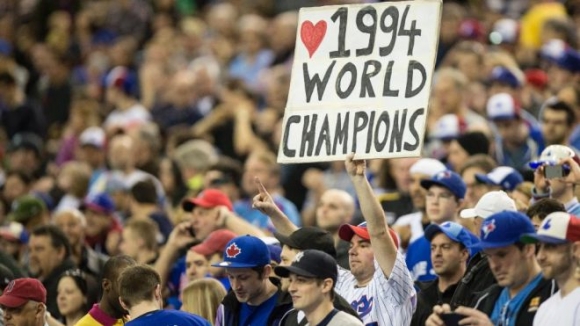 Montréal packed the house for a pair of baseball games this weekend, and Expos gear was everywhere.

Except on the field.

That was reserved for the Toronto Blue Jays and New York Mets, who were in the throes of their final tune-ups before the start of the 2014 season. And as the Jays were putting the finishing touches on a two-game sweep, the crowd was making the most of their now-rare exposure to the majors:

What with the prevalence of 'Spos clothes, it was as if they were paying homage to their long-lost team. And they probably were.

The unmistakable undercurrent was they were also revelling in sticking it to anti-Christ Jeffrey Loria in their own enthusiastic way. Not only would Loria be lucky to sell out playoff games in Miami -- with or without Groupons -- much less exhibitions or regular season games, he'd be lucky to have playoff games in Miami. And while their city officials and they, themselves, must shoulder part of the blame for the Expos morphing into the Washington Nationals, Loria was Commish Bud Selig's happy hatchet man making it all possible.

Former 'Spo Warren Cromartie is leading the charge to return MLB to Montréal, but he's got an uphill climb ahead, to say the least. The success of this weekend series confirmed that the spark is still there.

There were some fine Expo teams when politics and/or poor management weren't getting in the way. There is also no disputing Montréal's strong baseball heritage. The only question is whether the stars would ever align a second time to see the 'Spos return from purgatory.

Until then, baseball in La Belle Province is left with the ironic sight of a team from Toronto being cheered. 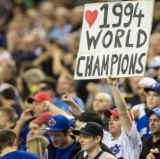 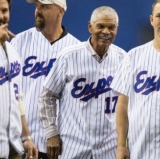 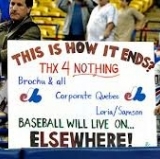