Everybody Hates Chris Carter Except the Yankees 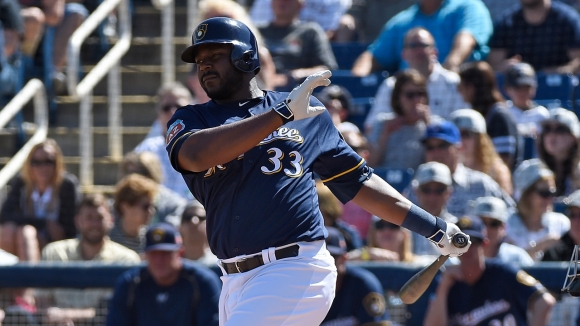 This creates a game where the actions of every player on the field is pivotal to driving in runs.

And then there are home runs.

Yes, the long ball throws a monkey wrench into the baseball equation.

But small ball's boring. Who out there actually looks forward to the pitcher coming up to bunt? Besides Bartolo Colón in action, there are an infinite number of things most fans would rather watch than a player trying to bunt.

Home runs, on the other hand, are among the most exciting plays in all of sports. The long ball is so popular that it basically saved baseball during the 1990’s from declining fan turnout.

For some reason, however, one of the game’s current dinger kings has had trouble finding a job. Until yesterday, that is.

Surely, a dude who launched over 40 bombs was paid the big bucks, right?

Carter’s deal with the Yanks is only for a single season and a mere $3million. Alex Rodriguez, on the other hand, is getting paid nearly seven times that amount to be a special advisor for them.

Meanwhile, the Brewers non-tendered him in favor of a dude who hasn’t played baseball in America since 2012.

This isn't the first time Carter was let go by a former team after a powerful year. In 2015, the Astros non-tendered the slugger despite seasons of being 15th, 2nd, and 42nd on the MLB home runs list.

Carter was picked up last year by the Brews on a 1-year, $2.5million deal. While he did hit a near-Mendoza .222, dude’s 41 round-trippers were sixth-highest for the 2016 season.

The former Stanford Cardinal is 30 now, so his days at first base are most likely drawing to a close.

There's also the fact that he's never hit for a high average during his career.

Still, a dude who can pop as many out of the park as Carter deserves some form of recognition in this game.

Scouts keep looking -- and paying well -- for the next yardmeister, which dried up the market for OGs like Carter. Could be he's being pushed aside to make room for the dawning of a new home run age.