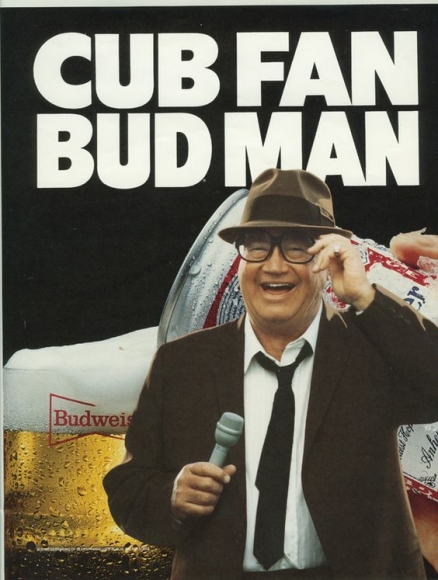 The Chicago Cubs just made history with their first World Series title in 108 years.

You may have heard something about this in passing.

The media has enjoyed this wonderful narrative thoroughly, as the legend and curse of the Cubs had taken on an almost mythical status over the years.

Fox was certainly pleased with the Cubs and Indians epic seven-game duel, which provided the network with robust ratings, including just over 40million viewers for that remarkable Game 7.

ESPN has gotten in on the fun as well, airing a Cubs-centric SportsCenter commercial almost immediately after the game ended.

The World Wide Leader has been a dumpster fire of journalistic integrity for some time now, but the dudes there can still put together a decent SportsCenter commercial.

The good folks at Budweiser also got involved, conjuring the image and voice of Harry Caray in a nice homage.

That's cool, functioning as sort of a love letter to the city of Chicago.

Check out Harry back in the day:

Regardless of fandom, the 2016 World Series was a fascinating journey, and the aftermath is proving to be every bit as entertaining and poignant.

Even Joe Buck couldn't ruin it.