Ellsbury Out for Season? 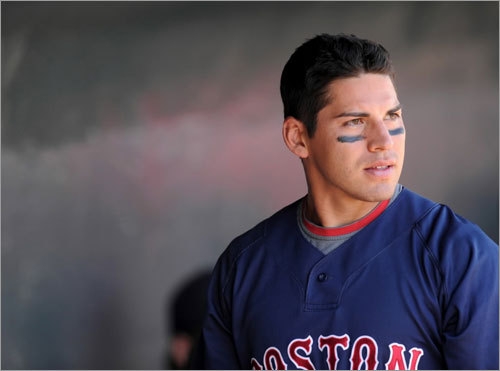 It wouldn’t be a Red Sox season without a Jacoby Ellsbury injury.

The spry centerfielder has managed to stay off the shelf for the better part of the 2013 season, but it seems his luck has run out of late.

Ellsbury fouled a ball off the top of his foot the other week and has been missing from the lineup since.

His presence has been missed, although you can hardly notice it judging by how good the BoSox have been over the past two weeks. Still, the speedy leadoff man was a valuable asset to the Sox with his .299 average and major-league leading 52 stolen bases.

The star center fielder has been officially diagnosed with a compression fracture in his foot and will likely miss the rest of the season. He could be available for the playoffs, but given his historically slow rehab time, this could very well close the book for him this year.

While his 2013 season has fallen very short of his spectacular 2011 campaign (.321 average, 32 home runs, 105 RBIs), Ellsbury is still valuable to the Sox and plays a crucial role in their lineup. He’s a game changer, something he and his agent Scott Boras want to make very clear to the MLB. While Boras usually encourages his clients to milk every injury for all they're worth, this time Boras is pushing Ellsbury to return soon.

Perhaps Boras realizes that if Ellsbury ends his season this way, his chances of a fat contact drop down to zero.

Whatever happens depends on how kindly the baseball gods shine on the city of Boston. Hopefully for Red Sox fans, they haven’t had their luck run out just yet.