Early Hype: The Martian's Gonna Be Baseball's Next Big Thing

Published on 2-Jul-2019 by Alan Adamsson 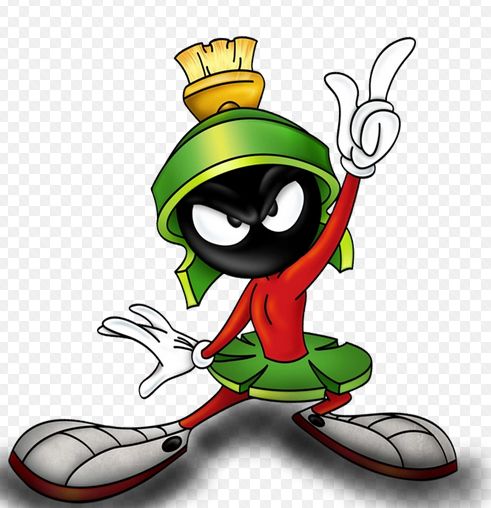 'Waaaay  back in the day, it was actually possible to hide a five-tool, can't miss prospect like Mickey Mantle.

Which is what the New York Yankees did.

Times have changed. The first MLB draft happened in 1965. With it came standardized scouting and data bases, and now, tech advances have marginalized many Old School scouts and the bushes they have to beat in their quest for prospects.

Those were the days when rumors about prospects of mythical proportions spread like wildfire ...

Even on April Fool's Day.

If someone like that is gonna come outta nowhere these days, odds are that nowhere is in the international market, and the Yankees think they've got him.

Jasson Dominguez is a 5-11 switch-hitting 16-year-old from the Dominican Republic who the Bombers' scouts say is the next big five-tool phenom:

For now, that clip's like a Sasquatch sighting. Dude may be the next legend in pinstripes, but he's in stealth mode now.

Dominguez was 14 then, by all accounts. This one's allegedly recent:

Gotta say, the swing looks solid from both sides. It's short, quick, balanced, and consistent. Maybe these are only BP pitches, but the ball's exploding off the bat, too.

His reality is so impressive and assumed potential is such that his nickname's El Marciano, the Martian. Seems like those who've seen him think he's gotta be from outta this world.

Or something of the sort.

Either it is, or the Yankees are for spending $5.1million of their $5.4million international allotment on him, and yes, that's a record for an international signing.

Dude's Instagram account sure as hell blew up after the news broke. Prior to the signing, Dominguez had only a handful of followers.

Baseball's rules dictate 16-year-olds can't play affiliated ball -- ie- minor leagues -- in the same year they sign, so Dominguez will wait until 2020 to debut as a pro.

If so, and he develops proportionately to his deal, look for him to get a call-up sometime in 2023, from either Scranton-Wilkes-Barre or Medusa Fossae, which is back home on Mars.