Down in the Rockies 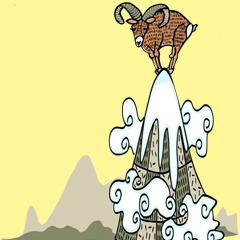 There have been few times where an MLB total jumped out at me, and Tuesday's Rockies-Marlins number did just that.

Bovada has the number at 9, and between a pair of hot pitchers and the Marlins offensive woes on the road, don't count on these two brewing up a lot of runs at Coors Field.

Jhoulys Chacin's numbers overall are pretty good (9-4, 3.50 ERA), but the Colorado right-hander has been dazzling as of late with a 6-1 mark and a 1.94 ERA since early June to the All-Star break. That includes his last outing, where he allowed only one run in six innings as part of a Colorado 3-1 win against the Dodgers just before the break.

When it comes to the Marlins on the road, virtually any pitcher could have success keeping them off the basepaths. Miami is averaging a paltry 2.9 runs per game as visitors this season (last in the majors), with a team batting average of .234 (third worst in the majors).

What will help their chances of winning is their starter José Fernandez, who has been stifling opponents with a 1.72 ERA over his last eight starts; he just doesn't have the record to show for it (more rock solid reasoning that the under is the play here).

For a better foundation in playing the under, use the Bovada data tool on our Home page, and you will see all of the last five Miami games have gone under. Also, the last 7-of-8 have done the same for Colorado, as well as their last 9-of-12 at home.

Watching the lowly Marlins is hard enough, and watching them play and not score much at all is even harder, but it's normal these days ... especially on the road. So drop some dough on the under, and maybe that will help make watching this one much more worth the while.