Does This Play Epitomize the Joy of Baseball or What? 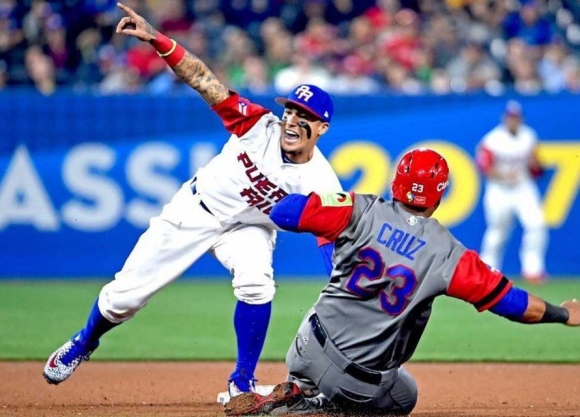 Every so often, a scene comes outta nowhere to symbolize more than the situation that precipitated it.

The World Baseball Classic was just graced with one.

It's still a fledgling event that -- in the USA anyway -- is struggling to generate fan interest despite such a grandiose name. However, it's caught on elsewhere, like in regions where passion cannot be contained.

The Dominican Republic is the WBC's defending champion, and came into its second-round clash with Puerto RIco sporting an 11-game tourney winning streak.

Both clubs were loaded with the elite of MLB talent and bursting with national pride. It's an understatement to say they delivered -- the Ricans took it, 4-2 -- capped with the incredible élan of a Yadier Molina to Javier Báez throwout:

OK, the runner was Nelson Cruz, and face it, dude was out the moment he took off. He wasn't being held on, but still, what was he thinking?

But the stage he provided to show off Molina's arm and Báez's flair was beyond worth it.

Had to show it again.

What a play! What an expressively joyous play!