Dodgers Stage Homer Hat Trick in Bottom of the Ninth 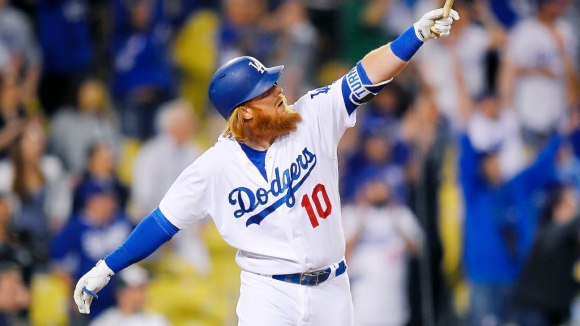 Late-inning drama is always more compelling when it involves the long ball.

Clearly, the Los Angeles Dodgers subscribe to this theory.

The boys in blue erased a three-run deficit in the bottom of the ninth, scoring four times to beat the Phillies 6-5 in LA.

But the manner in which they accomplished this feat will really blow up your skirt:

Yes, the Dodgers decided to hit three consecutive homers to tie the game.

These dudes weren't exactly cheated on distance, either.

Each homer seemed to get longer, culminating in the Justin Turner bomb.

Ironically, the game was won in this fashion:

Of course, the Dodgers are no strangers to this sort of thing.

Even Vin Scully was incredulous.