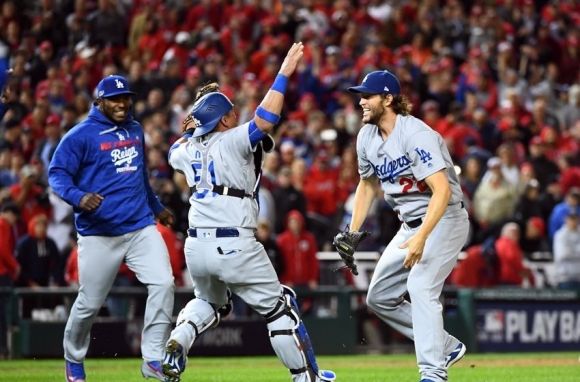 Best records don't mean much in most professional playoffs and even less in baseball.

In the course of a 162-game regular season, every team gets a decent number of wins on the road.

So, while the Los Angeles Dodgers have claimed four straight NL West titles, only once have they made the NLCS.

Dudes were in serious need of an excitement upgrade. And finally, they've found one: their late-inning comeback against Max Scherzer and the Washington Nationals in an NLDS Game 5 decider.

It began with an eventful seventh inning, when a 1-1 tie went the way of the dodo bird:

When the dust cleared, the seventh burned six Nat slingers who yielded four Bum runs while only getting two in return. But they did force Dodger skip Dave Roberts to put closer Kenley Jansen into play two innings earlier.

Roberts, though, was fine with that.

Correct. Washington hosted the decider because they had the better record. So much for that. Again

Maybe the Dodgers can use this ironic truism to their advantage when they meet the Cubbies. With Kershaw and Jansen overworked, they'll need any boost they can get.