Despite Puerto Rico Blackout, the MLB Roadshow Went On 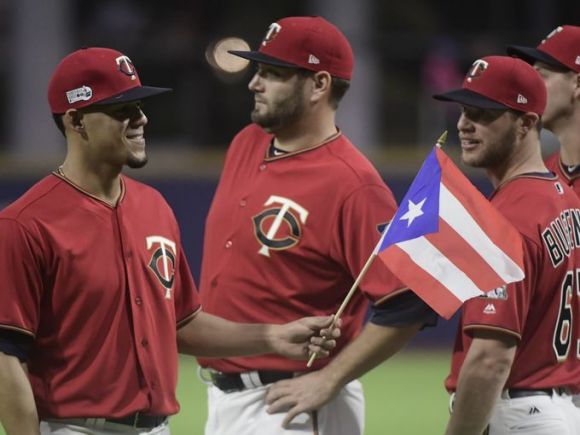 Initially, scheduling a pair of regular-season games in a warm weather site between a couple of northern-weather clubs this time of year seemed like a great PR idea.

As in Puerto Rico, that storm ravaged American commonwealth that time -- as in federal assistance -- forgot.

Especially when disasters requiring a significant amout of federal assistance seem to remind that group of American citizens that they're not exactly on the same priority plane as those in actual states.

It's important to know, though, that Puerto Ricans aren't merely waiting for others to help them.

They're doing what they can for themselves to restore at least a vestige of normalcy.

It's in that spirit that this baseball-mad island has embraced the MLB's spectacle at Hiram Bithorn Stadium, where the Tribe and Twins split this special series that even an accident-caused blackout couldn't stop:

These games meant more to Puerto Ricans than raising morale. They also raised awareness that a significant portion of the island is now open for business.

Reviving their tourism sector is considered essential, and hopes are high that MLB's presence by virtue of this even will serve as an endorsement of such.

Both MLB owners and players contributed to the relief effort after the hurricanes hit. Some still are.

The funds were and are desperately needed. Now, MLB has followed up with its physical presence.

That could prove to be a welcome boost that money just can't buy.