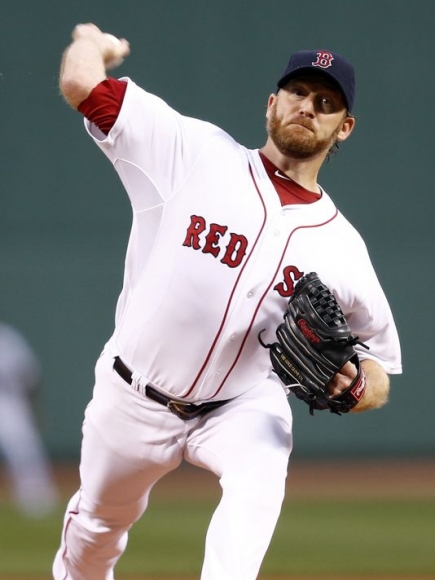 Don't you just love Major League Baseball and its rules?

On one hand, Alex Rodriguez, who was suspended for taking PED's, gets to play the rest of the season while he waits on his appeal.

Meanwhile, the pitcher who threw at him, Ryan Dempster of the Boston Red Sox, has chosen to serve his five-game suspension. See something wrong here?

Yes, losing five days salary will pinch a bit. But the reality is he'll have his next start pushed back by one day. Isn't this just promoting an open season on MLB's most notorious villain?

Listen, I get what Dempster was trying to do and probably shouldn't have done it, but at least he didn't aim for A-Rod's head.

He did what most major league players would have liked to have done (including his Yankee teammates) and plunked him on the back for lying.

"Whether you like me or hate me, that was wrong," Rodriguez told reporters Sunday night. "That was unprofessional and silly. It was kind of a silly way to get someone hurt on your team as well."

Yes, it was wrong, but it was still a guilty pleasure to watch.

Can we get Dempster to do a drive-by plunk on Ryan Braun while he is out?

As for his part in this, Dempster tried to say he was pitching inside. Yeah right.

I just wish he would have come out and admitted, "Yes I tried to hit him. So what? I was just doing what every fan and player wanted to do, but can't"

At least it would have been honest.

And while Dempster sits, A-Rod continues to play.

Will someone pick up where the BoSox righty left off? If so, how long will it take the Yankees to retaliate? Or will they?

A-Rod has added some much-needed pop to the New York lineup. If they now get hot and get back in the wild-card race or dent another team's hopes from getting it because they win a game or a series from them, how long will it be until another pitch 'gets away' from a hard-throwing hurler?

The fact that Rodriguez is still playing is creating and/or will create conundrums upon conundrums.

Don't you just love baseball and its rules?