Dee Gordon and Jean Segura Tussle in the Mariners Clubhouse 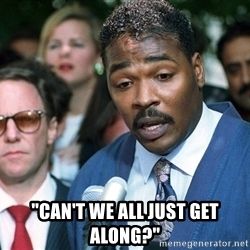 Business is definitely picking up in MLB.

When the calendar flips to September, things get very serious very quickly.

If your season is trending downward, then these emotions may manifest themselves in not-so-constructive ways.

This brings us to the sad tale of the Seattle Mariners.

Apparently, this request wasn't made so the players could conduct their weekly book club.

Quite the opposite, in fact.

It was later revealed that Gordon and teammate Jean Segura had a bit of a disagreement, which ultimately turned physical.

While we can't confirm any groin stuff, things seem somewhat dysfunctional in Seattle at the moment.

With their playoff chances dwindling, it appears that fuses are shortening.

Manager Scott Servais was out on the field and missed the fun, but did comment afterwards.

“Things happens in a clubhouse. You’re talking about 25, or in this case 35, of the most competitive guys you’re ever going to be around... our guys are working through the situation. ... it’s unfortunate but it’s something that happens.” - Scott Servais https://t.co/05hNtocsnP

While he's more or less correct, this is still not an ideal situation.

Hopefully, the Mariners can finish the season without any further negative harbingers.