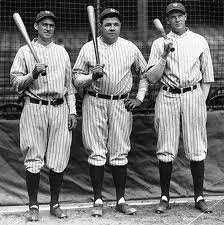 Now Tampa Bay gets only one hit and wins a game!

Pundits galore have speculated that if only Félix Hernandez plied his trade anywhere but Seattle, he'd have a kajillion wins before the curtail falls on his career. But this year, at least, the King has had the benefit of Mariners GM Jack Zduriencik selling his soul to the devil to save his job and cobble an offense that can score every now and then.

In fact, as of this dateline, Hernandez is 13-4 in 26 starts and needing a Gibsonesque 1.99 ERA to get that many decisions.

And yet, David Price can only look on and wonder. Especially this afternoon, in his homecoming.

As usual, the only reason the Rays got that many fans was because most of them thought the Lightning were playing.

When Price was traded to Detroit, he surely had visions of working with multi-run leads, what with the likes of Miguel Cabrera, Victor Martinez, and Ian Kinsler knocking it all over the yard and often over it. But in his three starts prior to this afternoon, that hasn't happened, despite two stellar performances out of three:

Ironically, he had to outpitch Hernandez to notch his only victory to date.

But this time, after Ben Zobrist reached on an error, Price grooved one to Brandon Guyer. The right-handed hitter promptly jacked it oppo for a triple that easily plated what turned out to be the game's only run.

So the ace lefty is doing what Detroit expected him to do. Meanwhile, the Tigers have seen the Royals zoom past them and are fighting with the Mariners, of all teams, to secure in a playoff spot.

Which gets back to the Zduriencik and his deal with the devil. It worked for the Washington Senators in Damn Yankees. Who knows? Maybe Detroit needs to counter with bags of marbles or something.