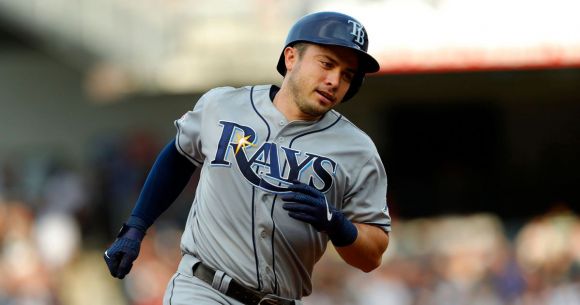 Now New York Yankee relievers Aroldis Chapman and Chad Green have even more in common than their pinstripes.

Tampa Bay Ray catcher Travis d'Arnaud has gone bridge in the ninth inning against each of them:

Seems like the Bombers' scouting report on him mighta mentioned sliders.

In a 162-game season, it's difficult until all has been done and dusted to determine whether one game had any actual significance other than it felt cool at the time, or not so much.

Living in the moment even more is the fact that the Rays are now a mere five games behind the Bombers in the AL East.

Of course, that could all go up in smoke if Tampa Bay doesn't deliver in the next three games. But, as The Real Boss sang, you can't start a fire without a spark.

D'Arnaud's been all of that lately. For now, seems like he's found a home with the most understated, overachieving team in the game after a weird start to the season.

And they're glad they did, especially after he became their third player ever to rip three homers in a single game to secure their dramatic 5-4 victory:

When was the last time Chapman gave up multiple runs in the last inning?

It's been a while, so maybe he was due for a bitta karma.

Maybe d'Arnaud's been a leadoff hitter all his life and didn't know it.

The veteran catcher topped the lineup in this game, as he's now done seven times before since joining Tampa Bay. It used to be catchers didn't fit the role -- as if there are any roles in a lineup anymore -- but they're trending now.

That's the way it is these days in thumper ball.

The Rays have clubbed 126 round-trippers to date, which is fourth outta five in the AL East.

Instead, they've been as resourceful as they always are, doing stuff like ...

Dudes do it well, too.

One way or another, they find a way to keep themselves in the hunt. 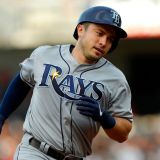 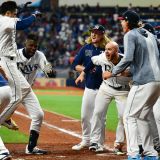