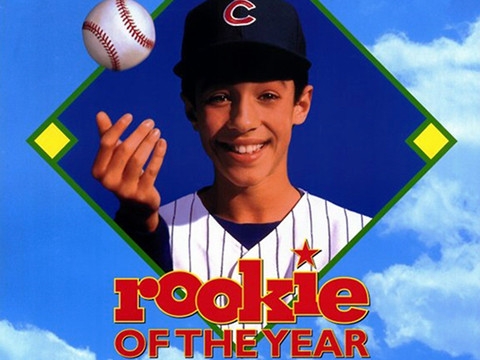 Then again, when aren’t they?

The situation's even more grim for the team, too.

They're gonna need more than Joe Maddon's sideshow of mind games to get out of a three-game NLCS hole:

Dudes have their backs against an ivy-covered wall, thanks to those New York Daniel Murphy's.

The Cubbies have been a feelgood story this season, what with all the Back to the Future comparisons being made:

However, that fairytale might hit the witching hour tonight, as Chicago tries to starve off being eliminated on the very same day that Marty McFly went to the future.

Winning four straight is gonna to be a major challenge, considering they're up against the best pitching staff of the post-season.

They've tabbed Thomas Ian Nicholas, aka the kid who played Henry Rowengartner in the forgettable film Rookie of the Year, to throw out the first pitch of Game 4:

In a plot only a pre-schooler or fantasy-deluded Cub fan could love, the 12-year-old Rowengartner and his 100mph heater help propel the Small Bears -- that's what Cardinal fans call them -- to their first World Series win since 1908.

Will this gimmick pay off for the Cubbies?

The smart money is on probably not.

But in the world of sports, it never hurts to have the allure of superstition on your side. Not to mention the specter of typecast-psycho Gary Busey looming over the proceedings with the Cubs' fake theme song: