Cubs to Cards: Nice Doing Business Against You 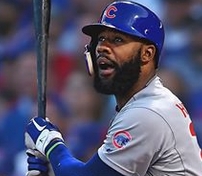 Now, this winter, they're simply taking advantage of the Cardinals.

It's not just that the Cubbies spirited away two of their heated rivals' key players from last season, it's the way that they did it:

By offering either the same or less money.

Zack Greinke must be rolling in his grave wad of dosh.

Joe Maddon & Co will be spinning these signings to the max:

But what to make of all this in the Gateway City, alleged home of the best fans in baseball?

Well, putting it all in perspective would be a good start, per Joe Gordon of the St Louis Post-Dispatch:

This is, believe it or not, a small-market club that gets to participate in the competitive balance draft, a point that frosts balls in front offices everywhere, including those in Chicago.

This is also a club that's rarely blinded by big-brand names. After all, it won a World Series after losing Albert Pujols to the Angels and owner Arte Moreno's drunken-sailor spending.

That 'way' just got dented by the Cubbie Warm-&-Fuzzy.

Time for the vaunted Cardinal farm system and crafty front office to step up.

And do know they're marking 18 dates on the 2016 NL schedule up and down the Midwest and in the respective Nations everywhere. The so-called friendly rivalry just got edgier.