Cubs' Timeline on Maddon Hiring Is Tight ... Maybe Too Tight 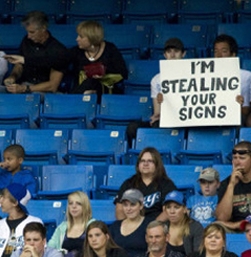 Could it be that the Cubs are so tired of being the Cubs that they'd resort to doing something that is so Cublike?

The Tampa Bay Rays think so.

And they're probably right.

General manager and resident Boy Wonder Theo Epstein has put a number of solid pieces in place that have the potential to shake the Cubness out of Chicago's North Side franchise. But he probably wasn't figuring on another element in the equation dropping into his lap until some schemer somewhere -- possibly even him -- saw an opening.

Or perhaps, made an opening.

As the only team with an opening, Minnesota seemed like an obvious contact option. But if it happened, no one's admitting to it.

Odd, that. Maddon made clear he wanted to manage in 2015.

And then, here it came:

And while the knife is still in Renteria's back, they did.

So, how did Maddon and his agent know to spurn the Twins for what is a much higher-profile -- and much more lucrative -- job?

That's what Tampa Bay wants to know. So far, all they're getting are shrugs from the Cubs.

Maddon had recently purchased a house in the Tampa area, although an even more recent purchase now seems more à propos. He's opening a restaurant there. As they'd just lost a key member of their low-budget-wizardry brain trust, Maddon had become even more vital to their way of doing things. Thus, the Rays were public about making him one of the game's best compensated managers.

And how did Maddon know he could reject what appeared at the time to be lucrative offers from the Rays?

The harsh reality is, if everyone keeps their lips zipped, Epstein & Co will get away with it. Possiby, out of the alleged kindness of his heart, Theo will toss a sop to Tampa in the form of a lukewarm prospect or two, but there's no way he's parting with the likes of Addison Russell, Kris Bryant, or Javier Báez.

But even in gray areas, the Cubs are still the Cubs.