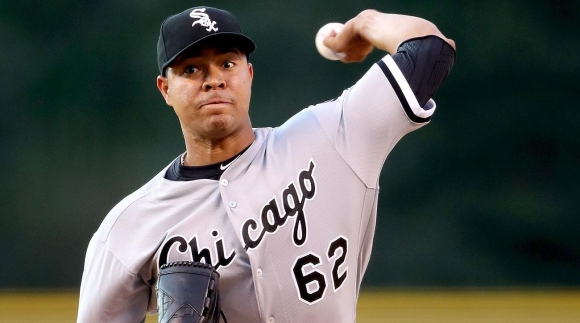 The 2016 Chicago Cubs season was one for the history books.

Their season began with the team rattling off 24 wins in their first 30 games, a best in franchise history.

Come midseason, the team sent eight players to the All-Star game, including their entire starting infield.

When October rolled around, the Cubbies were able to fight their way back from being down 3-1 in the Fall Classic to deliver their first World Series victory in 108 years.

The 2017 Cubs, however, haven’t shared the same degree of phonemena. Dudes got off to a mediocre start, going 25-27 start in April and May.

How could a team so loaded with talent on both sides of the ball fail? It’s not like every one of the Cubs' star players could all struggle at the same time. Unless of course they do.

Starting on the offensive side, almost everybody not named Anthony Rizzo and Kris Bryant is having a season to forget. The most notable struggling Cub is Kyle Schwarber, who played an integral role in the team’s World Series comeback.

Schwarber went down to Iowa because he was hitting .171. Since returning, he's only hitting .178.

Tthe worst two examples are Jon Lester and John Lackey. Both pitchers are below the .500 mark in addition to having ballooned ERA’s of 4.25 and 5.20, respectively. Recent team ace Jake Arrieta also isn’t having a year to write home about, posting a 4.35 ERA and a mere 8-7 record.

It's proof yet again that players aren't robots. But still, Joe Maddon's gotta be wondering.

Overall, coming out of the All-Star break -- where the only player sent to represent the team was Wade Miley -- yes, Wade Miley -- the club's an underwhelming 43-45:

Thus, Cubs GM and baseball’s Boy Wonder, Theo Epstein, deemed that a spark was in order.

The question now is, does José Quintana have the magic match?

The day prior to the start of the season’s second half, Epstein was able to strike a deal with his South Side brethren, the White Sox, for their ace José Quintana. In return, the Cubs sent over a lode of prospects, including Baseball America's 8th-ranked Eloy Jiménez, No 63 Dylan Cease, along with Matt Rose and Bryant Flete.

Quintana was often seen as the White Sox’ other ace back in the days when Chris Sale was still cutting up jerseys. When the team announced it was trading Sale and later center fielder Adam Eaton, the assumption was Quintana would be next on the White Sox’s rebuilding hit list.

Like the 2017 Cubs, Quintana has struggled this season, enduring a 4-8 record and 4.49 ERA. But in his last five starts, dude's improved to a 2.43 ERA and sparked five club victories.

While Quintana is working under a very team-friendly deal for the next three seasons, there's no doubt the major motivation behind this move was helping the Cubs defend their post-season title.

Besides bringing a career ERA of 3.51 to his new team, it's notable that Quintana threw 5⅔ innings of one-run baseball against the eventual WBC champions in Team USA earlier this year.

While it remains to be seen if Quintana will be able to carry his recent success into the fall and justify the haul Epstein gave up to land him, dude's gotta be happy to be shifting from a cellar dweller to one that's knocking on the post-season door.

Plus, he's no doubt thrilled he doesn’t have to go apartment shopping in mid-season.