Cubs' Scrimping on Bryant Could Perpetuate Annual 'Next Year' Chant 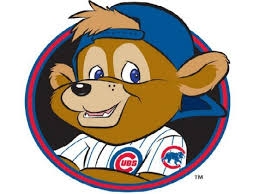 Will Ferrell knows a thing or two about star power.

That's why he was roaming the Cactus League as an active participant yesterday, raising $1million to fight cancer.

When he wound up splitting shifts in the Angels-Cubs game, his timing couldn't have been better.

First, as the Halos' centerfielder for a half-inning, he had an ideal vantage point to witness a key piece of Cubbie power:

So when the comedian took a turn coaching third for Chicago, his version of giving signs didn't have to be a secret. OK, technically, he should've said to swing quickly rather than hard, but the point was made.

Especially with Kris Bryant at the plate.

Whenever the Cubbies' top power prospect gets to The Show, the friendly confines of Wrigley Field won't be holding many results of his swings. The question is when that will be.

Chicago's poobahs don't really want to promote Bryant until at least mid-April, which will delay his eligibility for free agency by one year, allegedly saving this dosh-gorged franchise millions. But there's a slight problem with that thinking.

The NL Central has produced three of the league's four wild cards in the past two seasons. Tough division. The Reds seemed to be re-tooling in the off-season, but both the Pirates and Cardinals reloaded. If the Cubs want to contend in 2015, they'll need to jump over at least one of those clubs to have a shout. More to the point, the wild card race usually comes down to a game or two. This brings to mind another sign Farrell had in his inventory.

If Bryant keeps it up in March, how the can Cubbies possibly cost themselves at least a fortnight of his productivity?

Bryant blasted 43 dingers in AAA last season, and he's going deep with regularity this spring. The day before, in fact, he teamed with Jorge Soler and Javier Báez to light up the scoreboard with back-to-back-to-back bombs.

Incidentally, Bryant hit two round-trippers yesterday. Here's the other one:

Back in 2001, the St Louis Cardinals didn't have to worry about the Super Two rule, but still planned on putting their top prospect in AAA for more seasoning, even though he tore it up in spring training. But injuries on the big club changed their thinking. So they kept Albert Pujols, and he took it -- and them -- from there.

The money's bigger these days. Time to see how serious the Cubs are about contending.