Cubs Playoff Run Will Be Bartman-Free

Published on 2-Oct-2015 by Alan Adamsson 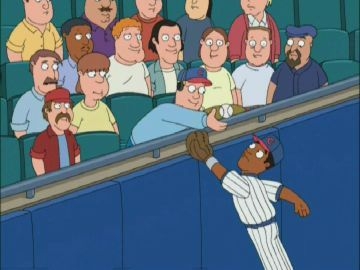 Who knew the Chicago Cubs' return to post-season play would usher in a new dawn of forgiveness?

And who would ever have thought that it would include Steve Bartman?

A group of their fans -- as opposed, surprisingly to Pirate or heated-rival Cardinal fans -- had raised $5000 to get his Cubbie-lovin' buns into a seat wherever the North Siders wind up playing.

No word as to whether the proposal included a glove or handcuffs.

Cubs fans ultimately brought a goat back to Wrigley Field in what became a failed attempt to break that longstanding curse. And no one's even bothered looking for that damn cat.

And ten years after that fateful 2003 night, Bartman seems to realize that the memories still smolder:

So the dude's gonna remain outa sight, leaving only his imitators to carry on.

One can only hope that, one day, life imitates art.

But not all art.