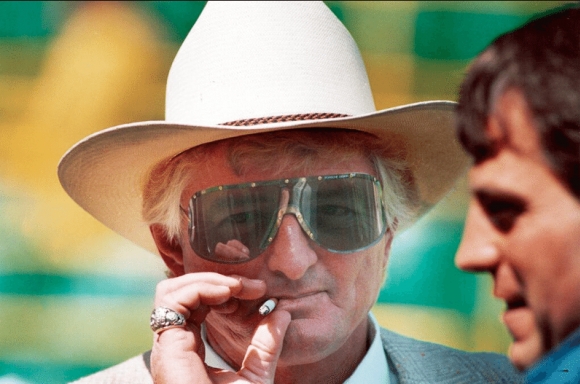 Like many oldsters, Hawk Harrelson doesn't seem to have a filter or possess the ability to censor himself.

As a result, he pretty much verbalizes whatever pops into his head.

Essentially, Hawk's complaints focused on the outdated press box and other facilities at the very old ballpark, claiming it should be destroyed and vowing never to return again.

Anyway, the Cubs were compelled to defend the honor of their venerable ballpark, and did so in a most entertaining fashion.

That was nicely executed.

You see, they used his exact words against him, making Hawk look very silly in the process.

Because honestly, does anyone really care about how this dude spends his golden years?

Harrelson is one of the most notorious homers in the business, while being prone to completely unhinged rants behind the mic.

Sadly, this national treasure will be retiring after the 2018 season, freeing up more time to take in the full Cubs home schedule at Wrigley.

However, any masochists out there can wake up with Hawk every single morning.