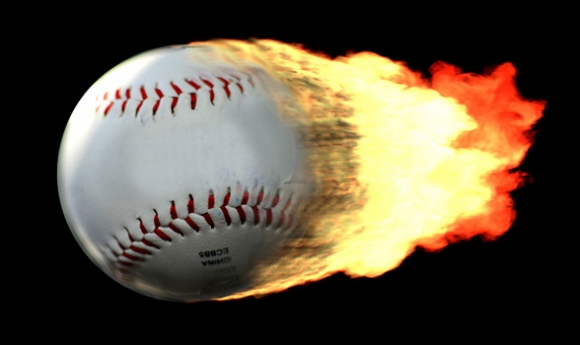 That curse-busting boy wonder, Theo Epstein, has the long-suffering Chicago Cubs in well-positioned as a World Series title contender for years to come.

Ask the Atlanta Braves about that.

They put together 14 straight seasons of playoff baseball -- 1994 didn't count -- and won a Series.

That could be why Epstein -- with a closer under contract who's having a career season ...

... but who's been known to confirm his mortality on occasion -- pulled the trigger on a deal for a closer who's having a career.

The move pushes Rondón to the eighth inning, where the Cubs have been 54-1 by that time when they've got the lead.

Epstein was well aware, though, that his team was only 7-6 when tied after seven and 2-5 when tied after eight. Apparently, that was the only thing keeping him up at night.

Well, that and some damn goat.

Which is why dude rented a 105mph fastball and the delivery system that went with it.

As the Orioles found out last week, there's more where that came from:

Right now, most analysts believe the Yankees won this deal. On one level, that's a certainty; GM Brian Cashman got better prospects from the Cubs than he gave up to the Reds.

For now, though, they're just prospects. Maybe they'll make it. Maybe they won't.

Half the reason for a strong farm system is to have bargaining chips. Epstein went all in.

His club's got half a season and most of October to match it.