Could Daniel Bard Be Done in the Majors? 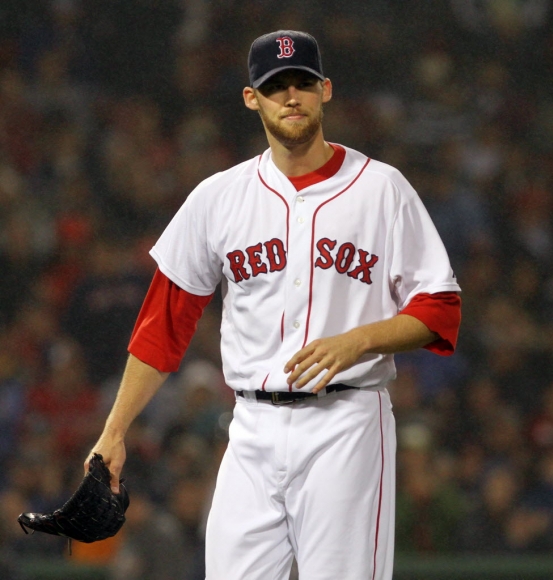 Daniel Bard was once one of the premier setup men in the game, featuring a blistering fastball alongside a devastating changeup for the Boston Red Sox.

Now he couldn’t hit the water if he was in the middle of the Atlantic and may just be facing the end of his career.

The Bosox sent Bard down to AA Portland so he could relax, focus on making quality pitches, and not worry too much about competition. In theory, it was a great idea, but in practice, things have not worked out nearly as well as hoped. Bard has been downright atrocious in every sense of the word; in 12⅔ innings, Bard has walked 17 batters while striking out six. Numbers like these are reminiscent of Steve Blass, the once effective pitcher who lost his control and was forced to retire.

The Sox could give Bard the nickname 'Wild Thing,' but Bard doesn’t quite have the charisma, edge, or velocity that Charlie Sheen did in Major League. Losing his control is one thing, but losing his velocity and his control is something else. In 2011, Bard’s fastball averaged 97.2mph, but in 2013, it has averaged 93.4mph, a drop of nearly four miles per hour in just two years.

So what will become of Daniel Bard? He was once one of the Sox’s best arms in the bullpen, the go-to if someone got into a jam. His electric fastball and slow curve befuddled hitters across the league and put him at the center of a Boston team that was bound for the World Series. Now he’s swiftly becoming a joke in the minor leagues, someone whom opposing hitters see as a punching bag, or a free pass to first base if they lay off the one strike they will see.

Sox pitching coach Juan Nieves isn’t buying into the hype and fear. He believes that Bard can return to form. While he admits it may not be soon, he does think it can happen.

“It was never going to be a quick fix with him, because of the residue of everything that has happened through a whole year of battle,” Nieves said. “It’s going to take some time. I think the strength is there, the arm strength is there. It’s a matter of him buying into it and creating some consistency.”

There is some hope though. In 2007, while in the minors, Bard walked 9.2 batters per nine innings, while striking out only 5.6. Those numbers are better than his current 2013 numbers in AA Portland, but they're still pretty bad. Bard has been down this road before. He found the means to become a successful pitcher once and he can do it again, though this time he may need a minor miracle.