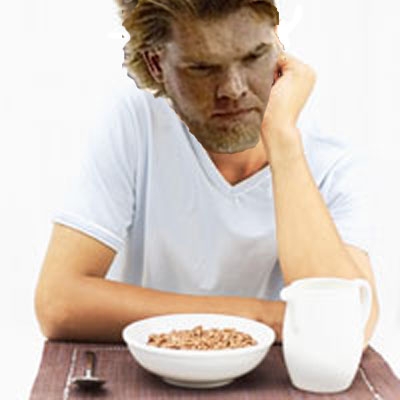 Former Milwaukee Brewers outfielder Corey Hart left the Dairy State this offseason for a new gig in the Pacific Northwest.

However, Hart is apparently feeling bittersweet about the entire affair.

In a recent interview with MLB.com, Hart made some candid remarks about the off-season change of venue, revealing some hurt feelings in the process:

“I’m sure when we see each other, there will be a lot of hugs. But that’s about it,” Hart explained. “I think I was expecting more players to reach out and try to keep me. A lot of the coaches reached out. But these guys [the Mariners] were overwhelming. We had a few other teams that were right there, too. I thought Milwaukee would have made it harder, but at the end of it, it wasn’t a tough decision.”

I'm not sure how to interpret these comments. You could argue that the honesty displayed by Hart is refreshing and that he is in fact a human being with emotions that were clearly impacted negatively by his teammates' seeming lack of interest in remaining his buddy.

That would be a valid argument, I suppose. However, Hart may have been better served keeping these particular thoughts and insecurities to himself.

One question does spring to mind. Exactly how much effort on the part of his Brewers teammates would have been sufficient motivation for him to stay in Milwaukee? Was he looking for a mass demonstration of love and affection, or a more intimate one on one connection? Would a personal apology from Ryan Braun have helped?

Whatever the case, this seemed to be pure business on the part of the Brewers' front office. Hart was offered $2million in guaranteed money by Milwaukee, while Seattle gave him $6million guaranteed. The veteran will be 32 years old very soon and missed all of 2013 because of bad knees.

Hart spent eight mostly productive seasons in Milwaukee and clearly enjoyed his time there, but the Brews simply decided to move in a different direction from an economic and roster perspective.

The business side of baseball can be rather harsh sometimes, and Hart seems to have a firm understanding of this. It appears he would have taken the more lucrative offer regardless of any grand gestures on the part of his Brewer teammates.

Anyway, Hart can still swat when healthy, so the Mariners could be getting a relative bargain in crazy MLB monetary terms.

Hopefully, the sensitive Corey will receive plenty of love and attention from his new bros in Seattle.