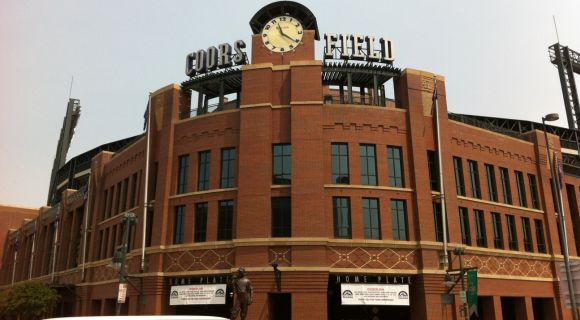 The Colorado Rockies bested the San Francisco Giants 1-0 on the Fourth of July.

While this doesn't sound terribly important, the venue where it took place makes it noteworthy.

This defensive struggle occurred at the wacky funhouse that is Coors Field.

Fortunately, we have some moving pictures that will explain everything.

Much obliged for that solo shot in the seventh inning, Chris Iannetta.

You may be thinking this sort of thing is a rare occurance.

Well, you would be correct.

In fact, Coors has borne witness to only 10 such games since its 1995 debut.

What we tend to see more frequently at this venue are games such as this one:

That altitude is a bitch.