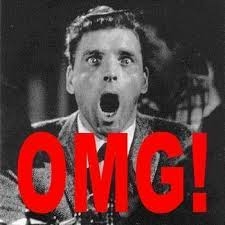 Who knew Ian Kinsler was a Tiger triple-play magnet?

Back in 2009, when he was with the Texas Rangers, the second baseman snared a lined shot off the bat of Detroit's Gerald Laird when two runners were moving on the pitch. Outs 2 and 3 followed quite easily.

This time around, Kinsler was batting for the Tigers with runners on first and second.

Yes. Yes it was. Around the horn, by the numbers. And they could celebrate it into the night, if they so desired.

In fact, the 'Stros' feat shared the spotlight with Joey Votto's role in a slick double play he orchestrated against Cleveland. Dude was smooth:

As a matter of fact, the agile Canadian's leather was so hot in that game, it musta been redded than a Mountie's jacket:

As fate would have it, the Reds still lost. That's eight in a row, in fact. Gotta be frustrating when nothing you do works.