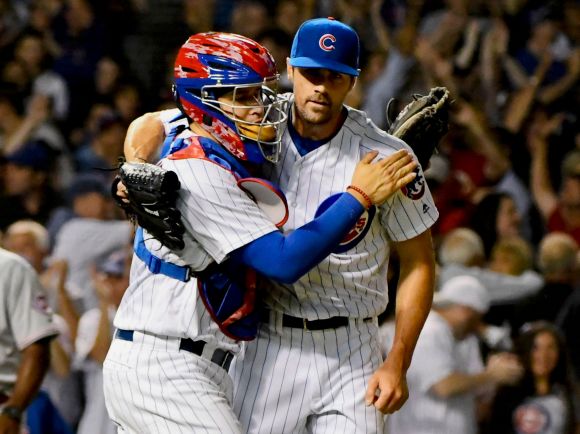 Cole Hamels is doing a very convincing Justin Verlander impression at the moment.

You may recall just how wildly successful that Verlander acquisition was for the Houston Astros en route to a World Series title last season.

Mr. Kate Upton was completely dominant after fleeing Detroit, and Hamels is in the process of doing the exact same thing in Chicago.

The former Phillies World Series MVP was acquired by the Cubs before the trade deadline and has been nothing short of spectacular.

The recent Texas Ranger has returned to the National League and somehow conjured his form from a decade ago.

His latest start against the New York Mets and the completely filthy Jacob deGrom was pretty darn good, as Hamels tossed five scoreless innings in a game that was eventually suspended due to much rain.

The start before that was this gem:

Ah yes, the elusive complete game, a phenomenon that has become nearly extinct due to extreme specialization in modern MLB.

In 39 innings covering six starts with his new club, Hamels has somehow allowed only three earned runs while averaging just about one strikeout per inning.

To put it simply, the stuff's still there, even at the ripe old age of 34.

Clearly, being thrust into the middle of an actual pennant race has invigorated Hamels, and his recent struggles in Texas are but a distant memory.

While dude has provided a much needed stabilizing force in the rotation, the Cubs will need him to perform in the playoffs, when things get really real.