Published on 6-Oct-2017 by Alan Adamsson 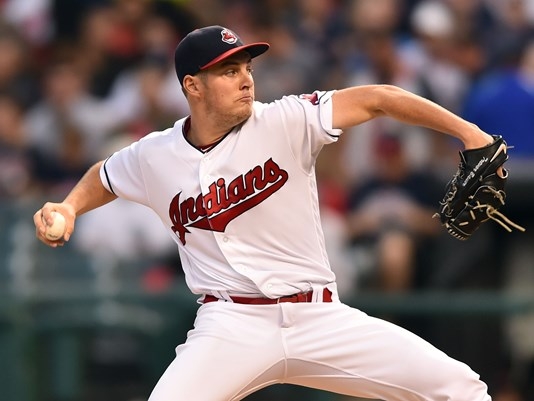 Nothing is inevitable in baseball when a best-of-five series is in the way.

That's just not long enough to for a team that won a division to display the roster depth that made it so.

Thus, a wild card survivor like the New York Yankees have a puncher's chance to knock off a Cleveland Indians squad that believes a clash with the Houston Astros is their destiny.

However, in the opener of this division series, the Bombers got punched out, 4-0:

Trevor Bauer has his own way of game prep, which never fit with the Arizona Diamondbacks regime that drafted him third overall back in 2013.

It's why they dealt him to Cleveland. It's probably also why they're not the Diamondbacks regime anymore.

When the Cincinnati Reds broke it to Jay Bruce last year that he was on the trading block as part of a salary dump, he said he'd go anywhere but New York.

So they traded him to the Mets.

Dude had to be happy when the Amazins' moved him back to Ohio -- the northern half -- as part of a salary dump they claimed they weren't doing.

Bruce has been a major contributor to the Tribe's cause ever since he arrived.

Manager Terry Francona has a full deck to shuffle this season, as opposed to weaving around injuries and the resultant overuse -- Corey Kluber and Andrew Miller come to mind -- that gave the Chicago Cubs extended looks and better adjustments last season.

This means New York had best find what they need to do, and quickly. Otherwise, this series will be over almost before it started.