Published on 2-Jul-2016 by Alan Adamsson 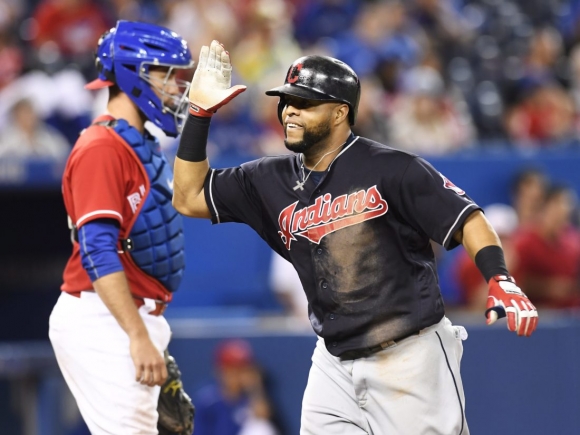 Dudes were lucky it was Canada Day.

Otherwise, the Cleveland Indians would've been playing the Toronto Blue Jays well into the morning of the day after to keep their winning streak intact.

It took over six hours to eclipse the franchise-record for consecutive victories.

1 July is an annual red-letter day for baseball in the Great White North.

Little did anyone know that two key Jays would later be ejected for seeing red, which may well have added to the inning count.

Trevor Bauer was supposed to be the next day's starter, but unique situations call for ballsy solutions, and Tribe manager Terry Francona's résumé doesn't include a Manager of the Year award for nothing.

And every game counts.

For the record, that didn't happen.. One would think a stat like that is a celebration of obviosity in 19-inning games.

And what is it about Blue Jays, red jerseys in day games, and 19-inning marathons?

Always has been, apparently. Maybe it always will be, on many levels.