CJ at the Big A: It's a Winning Connection 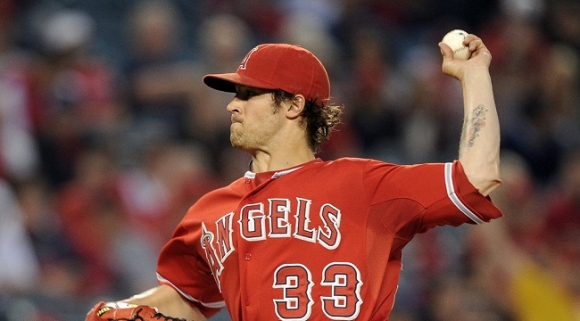 In our continuing efforts to find value on the bases, I think there's definitely some in the Angels tonight.

Bovada has them only at -112, and I think this is a great chance to steal a solid play, risking barely over 10% of the win. The cheap interest perhaps comes from the Halos losing 11 of their last 15, but the problem hasn't been their offense -- they've averaged 4.4 runs per game over that span -- and it certainly hasn't been tonight's starting pitcher, CJ Wilson.

Just head to the Bovada data tool on the Home page and you'll see the Angels are 2-1 in his last three starts. As well, Wilson has pitched into the 7th inning in the two wins. Scroll down further on tonight's match-up page, and you'll also find Wilson is 3-1 in his last five starts against Cleveland, including his most recent outing against them 10 days ago. In that game, he went 5²⁄₃ innings, scattering seven hits while allowing two earned runs in an Angels 7-2 win. 'Wilsons ERA over those last five against Cleveland is a stingy 1.95.

So yes, we are backing a team that has won only four of their last 15, but also understand we are backing a starting pithcher who has delivered two of those four wins has and been dominant as of late against this opponent.

Speaking of the opponent, the Indians counter with rookie Danny Salazar (1-1, 4.08 ERA), who has already logged well over 100 innings in the minor leagues. Do know the Tribe will be keeping a close eye on his pitch count. The significance there is Cleveland has the eighth highest bullpen ERA in the majors at 3.84.

The Angels may be without Mike Trout tonight, but don't sweat that if Wilson does tonight what he has been doing lately.

This is a play worth well more than -112, so don't be afraid to pull the trigger here on a struggling team.

Steve Soprano is the founder and handicapper of www.premierticketsports.com