Chris Sale Snaps ... and Then Snips 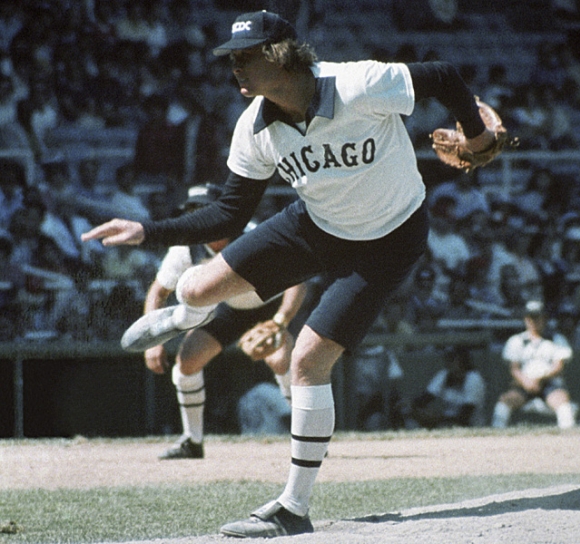 There's an underlying reason, but really, who cares?

The madness has to stop, and ironically, that starts with being mad.

Pro players in all major North American sports are forced to serve as mannequins in the name of overpriced merchandising, and enough is enough.

In that light, Chris Sale is the Howard Beale of jockdom.

The Chicago White Sox ace is in the midst of a phenomenal season, even by his lofty standards.

Unfortunately, his teammates can't say the same, and their bar is considerably lower.

The front office is thisclose to flushing 2016, and for good reason:

This is probably one of the few issues where the ace and the suits are on the same page.

That's clearly not the case with the circumstances surrounding Adam LaRoche's sudden retirement in spring training.

And it's definitely not where the two sides are in regards to promotional haberdashery.

Sale was supposed to start yesterday's game against Detroit in the ChiSox 1976 uniforms sans the shorts. Dude found them uncomfortable, so he did a bit of unsolicited tailoring on them.

The result: the Sox wore their Sunday throwbacks instead.

By that time, management had sent Sale home to ponder whatever it was he wanted to ponder about his performance. However, management is taking the long view. Chuckers who can put up these stats on that team ...

... and only cost them $9.1million for his efforts are a better deal than a set of trashed garish uniforms.

So dude's still not on the block.

Too bad, really. There are quite a few teams who could use his services, like AAA Fresno if the San Francisco Giants would acquire him and send him there on rehab or something: Or maybe the San Diego Padres could do the acquire-&-rehab thing and save their AAA farmhands from further embarrassment: And surely, Sale would veto any trade to the also-going-nowhere Seattle Mariners to prevent any participation if they decided ot stage another Back to the Future night: No wonder the Kid asked to be traded.

Seattle's damn lucky he's still going into the Hall of Fame with an M's cap.

Meanwhile, if the Sox slap Sale with a long-enough suspension, he can go commisserate in Wichita and watch his newly retired teammate's latest endeavor.

Otherwise, all eyes will be on the Sox front office, waiting to see if they'll change their minds by Mon 1 Aug.