Published on 6-Dec-2016 by Alan Adamsson 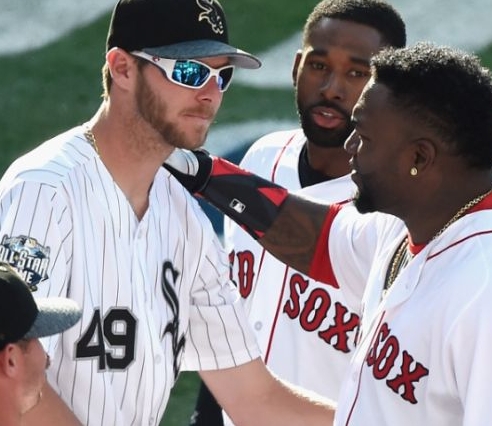 There's no truth to the rumors that analyzing uniform fabric was a pre-condition.

Baseball's version of Edward Scissorhands is better known for other things, anyway.

Like being one of the best pitchers in the American League.

The Boston Red Sox not only noticed, they were prepared to do someting about it,  no matter what the price, and they stepped up to pay it:

Well, long story short, here's how it plays out:

Trading elite prospects for proven performers is always tricky, but BoSox GM Dave Drombowsky has never hesitated to make that sort of deal.

It took them $31.5million to win the services of Cuban refugee Yoan Moncada, a 21-year-old who's now not the heir apparent to Dustin Pedroia.

And who knows if Michael Kopech can ultimately join the Mets' Noah Syndergaard as the consistently hardest slinger in baseball?

Chicago wasn't gonna rebuild a contender around Sale -- dude's walk year is 2019 -- so they grabbed for the gusto and got a fistful of promise.