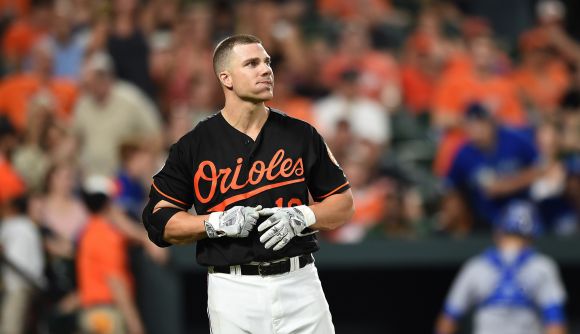 The Baltimore Orioles somehow managed to lose 115 games in the 2018 MLB season.

It requires a complete team effort to be this embarrasssing, and the Birds certainly had plenty of contributors to this noble cause.

However, the player who earned the most gold stars is without question Chris Davis.

The man who once hit 53 homers in a season and is in the midst of a $161 million contract struggled just a bit this year.

This frighteningly low batting average is actually the lowest ever for a player who qualified for the batting title, which requires 502 plate appaearances.

Let's have a quick look at Davis in action, or flailing helplessly if you prefer:

Actually, this was a compilation of the slugger standing there with the bat on his shoulder, but you get the premise.

Just in case any futility junkies out there are wondering, the previous record for lowest average was held by immortals Dan Uggla and Rob Deer at .179.

That's some pretty good company for Davis to keep.

Here's the slugger back in 2013, a year that went significantly better for him personally:

Davis hit many bombs that season, but that was a very long time ago.

The since-fired Buck Showalter actually sat him over the final weekend, because unless you're a sadist, there was little joy in watching Davis continue to struggle.

We shouldn't rule out any options.