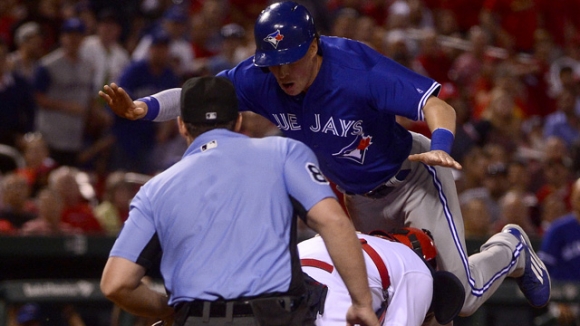 It's simply not true.

Holy hell, what was that?

Well, it appears that was Chris Coghlan defying the laws of physics and forcing us to question everything.

Yadier Molina was probably the most surprised.

The Cardinals veteran backstop was clearly not told that Coghlan would be upgrading to first-class on the flight.

That is easily the most spectacular play of the young MLB season.

As for Molina, after adding this one to his résumé, dude leads MLB in viral video appearances this season.

The mind reels at the possibilities of more creative ways to score a run.

Perhaps dude could burrow under the earth next time.