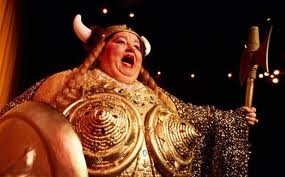 Objection! Your honor, we'd like Mr Wonderful's previous comments stricken from the record, and if it pleases the court, we recommend the harshest sentence you can impose ... six months in the electric chair!

My Baseball Assessment Sampler from 13 April has been met by a few boos from the gallery. Maybe I shouldn't poke fun at people? I just think that since I'm so good-lookin' that it somehow makes it all OK. So how is it that I am now under fire from CC Sabathia's mouthpiece? Something about "disparaging remarks that were hearsay and conjecture maligning his client's image." Or something to that effect, because after a couple of minutes, this guy was sounding like Charlie Brown's teacher to me; you know, that 'muted trumpet' noise that you hear on the Peanuts television specials: "Wahwah ... WahWahWahWah ... WahWah ... Wah."

Not to mention, he said I was a sniveling weasel because I didn't use my real name in the article. Can you believe that? Here's a guy who pitches in baseball's biggest market and goes by CC so that people won't know his real name is Constantly Chewing!

Hey, whatever helps you sleep at night, Chewie.

Nevertheless, in the interest of maintaining a harmonious working relationship, I invited CC over to my pile-of-bricks so we could play some records and talk about what I could do for him. During which he asked me to clarify the statement where I described Bartolo Colòn being surgically removed from his digestive tract in an off-season gastric bypass procedure. He intimated to me that it wasn't Bartolo Colòn, but in fact it was Sergio Mitre. Which actually does make sense, because CC has been known to travel Gulf Stream waters in the off-season and during spring training, where apparently Bartolo was seen in Arizona during the A's camp while Sergio Mitre hasn't been seen anywhere. I stand corrected!

How about Nolan Ryan Dempster and all those stikeouts he has compiled already? His fastball barely cracks the speed limit but the Vagisil has been doing wonders for his off-speed stuff.

What? Jose Reyes is on the DL again? The hell you say! Yep, he tripped rounding third and stubbed his vulva. The Jays' shot-callers are just happy he didn't re-aggravate his surgically-repaired fallopian tube, which caused him to miss significant time last year.

The Tampa Bay Rays are hosting "So you think you can hit clean-up?" night at the Trop on Friday, with a lucky fan from the loge section getting a chance to swing the bat behind Longoria in an attempt to jump start their offense. I guess that would be better than any other options they have. Local sports-radio in Florida is suggesting that this is just a Charlie Finley-like attempt to boost attendance after the Rays home opener had more tumbleweeds blowing across the infield than there were fans in the seats. Evidently, you could hear the crickets over the play-by-play call.

Stay tuned for next time, when I ask John Sterling the tough questions no one else will, like, "How is that face-for-radio workin' out for ya?" and "Are you retiring from the booth soon? When?" and finally, "Will YES bring the cameras in here and film me rippin' the stuffins' outta ya during a broadcast?"